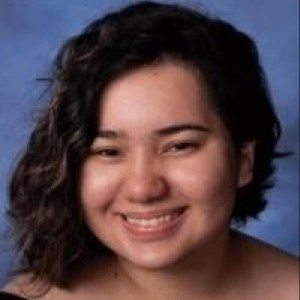 On the first day of senior year, Mrs. Glembotzsky said to me, “It’s time the seniors finally collaborate on a project.”

Every year, Kennedy Catholic hosts a Christmas concert which gives the artists of the school a chance to showcase their work. The band, chorus, string ensemble, and art homerooms come together to create a beautiful blend of music and creativity to bring Christmas cheer to Kennedy Catholic. Mrs. Glembotzky’s seniors in Advanced Visual Arts have been working on their portion of this concert since the very first day of school when Mrs. G announced enthusiastically, “I’ve got a project for you guys!”

Mrs. Glembotzsky had an interest in traditional Chinese shadow puppets and thought it would be a great idea for our Christmas project. We dove into the historical origins of traditional Chinese shadow puppets and researched other artists that displayed shadow puppets through deep narrations. After thoroughly brainstorming a topic, the class decided to narrate the Twelve Days of Christmas by manipulating articulated shadow puppets. The foundation of this plan was that art students would perform shadow puppet representations of each of the Twelve Days of Christmas while chorus students sang the iconic song in accompaniment. Mrs. G gave the art students the artistic freedom to add humor, to be playful with the creation of each puppet, and to take other creative licenses. To learn more about Shadow Play, visit this Wikipedia article on the subject.

Mrs. Glembotzsky believed the choice of a collaborative project would not only be an enjoyable experience, but also an opportunity to work with our classmates in our final year at Kennedy. This project would be beneficial for the students in the future as increasingly more colleges and businesses require collaborative projects to maximize efficiency and rigor in a competitive environment. Collaborative work demands synchronization between both the individual as well as the groups they comprise. Studies suggest that it is more difficult to collaborate on a physical project than a research project. I can say from experience that it is more strenuous to work collaboratively on a creative project rather than a project concerning concrete facts and figures.

As anticipated, this was not an easy endeavor. The project was difficult and time-consuming. With over twenty-five students in our class, many from different social cliques, it was tricky to achieve the synchronicity necessary to organize, create, and execute an animated shadow puppet show. At first, there were a variety of interpretations of what this project was supposed to embody despite the lack of communication between the students. But as the deadline inched closer and closer, with the direction of Mrs. Glembotzsky, the class of 2020 Advanced Visual Art students were able to complete this endearing tribute to the classic tune of the Twelve Days of Christmas.

The first step was to divide our class into groups of three or four. After we all decided how to form our groups, each of the six groups was assigned one, two, or three days to work depending on the day. The initial designs of the puppets were very rough sketches of silhouettes. Each puppet was made of regular printer paper and traced to mass produce each image. For every puppet, each limb moved (picture below), via ​articulated​ ​joints created by brass brads. Finally, thin wooden rods were connected to the ends of each limb in order to animate the puppets.

After the puppets were completed, we had to create a “stage.” Our initial plan was to create a snow globe-like structure, but due to technical issues, we were unable to work with the daunting design. We ultimately decided to use a simple white sheet, strewn across two easels and clamped together, to mimic those of the traditional Chinese variety.

To demonstrate the passage of each day, every group drew their number associated with the day. For example, the ten “lords a leapin’” featured a red number ten with a small lord poking out of the zero. These drawings were scanned into the computer, ready to be edited into the film.

With the much appreciated assistance of …. Marty Glembotzsky, we were able to create shot sheets.

Once the set was assembled, it was nearly time to film. Before we could begin recording, we all had to create the story of what we were trying to communicate in the performance. With the much appreciated assistance of Mrs. Glembotzsky’s husband, Marty Glembotzsky, we were able to create shot sheets. Shot sheets are used by video editors to map out exactly what will occur in that particular shot or scene of the video

Using these shot sheets, we were able to figure out how each group would like to film their scene. Each “day” would be about two to three seconds due to the quick pace of the song.

Before we could shoot, we needed to record our own version of the song. Because many of us are not singers, we were nervous about singing a song that would be played continuously in the final version of the film. In the end, about half a dozen students contributed to singing the Twelve Days of Christmas.

After the shot sheets were completed and the song was recorded, we were ready to film. Finally. Mr. Glembotzsky graciously gave up his precious time to film everything in one day. Each group came in during the day to film their segment with Mr. Glembotzsky. The process went much quicker than anticipated. There was a plan already mapped out, and now, the only challenge left was how to strategically manipulate the puppets without getting in the shot. With the proper coordination and some strategy, we were all able to film our days flawlessly.

After filming, all that was left was to edit and piece every scene together. Mr. Glembotzsky gladly took over the technical portion of the project in order to produce the best creation, editing and attaching the music to each piece of the project.

At the end of the film, we decided to include the religious significance of the Twelve Days of Christmas and what each number resembles. The following is a quote from the Catholic News Agency:

“The song, The Twelve Days of Christmas is an English Christmas carol. From 1558 until 1829, Roman Catholics in England were not permitted to practice their faith openly. Someone during that era wrote this carol as a catechism song for young Catholics. It has two levels of meaning: the surface meaning plus a hidden meaning known only to members of the Church. Each element in the carol has a code word for a religious reality which the children could remember. To fit the number scheme, when you reach number 9, representing the Fruits of the Holy Ghost, the originator combined 6 to make 3, taking the 6 fruits that were similar: the fruit in each parenthesis is the that was not named separately. There are actually Twelve Fruits of the Holy Ghost.” . Read more here.

Three months later, our project was complete, just in time for the holidays. Kennedy’s annual Christmas concert was held December 4, 2019 where the Advanced Visual Arts class’s film was shown along with our musically inclined classmates’ songs.

Olivia Casabona ’24 reflects on the 40th Annual Auction, a Night in Casablanca, and all of the hard work that made it possible.

“Something Rotten” Comes to Kennedy

by Maia Forssman ’23 and Gabriella Rado ’24 Welcome to our Gael Winds Art Gallery.

Kennedy Catholic is a member of AmazonSmile, a service that supports non-profit organizations. Amazon customers can sign up to donate .05% of eligible purchases to our school at no cost to them.