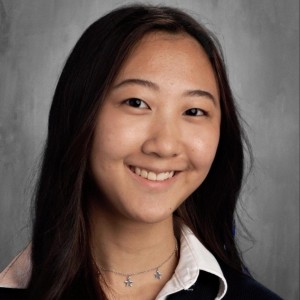 Ah, the application process; one of the most confusing and stressful times during high school.

Anxiety soars through every junior and senior as they take on the pressure of discovering the perfect school, obtaining a goal score on standardized testing, spilling your life story on a college essay, and countless more requirements. There are no set guides that will one hundred percent guarantee an individual a spot at their dream college, but there is a traditional timeline to follow to have a chance at landing acceptances. They generally start off with maintaining good grades or raising low ones, deepening extracurricular involvement, researching colleges, and taking standardized testing. This traditional timeline, however, has been disrupted ever since the COVID 19 pandemic unfolded around the world. The college application process has never been more unpredictable….

As a junior myself, I am experiencing the effects of the pandemic on the path of preparing for college, and standardized testing has been one of the major wonders of this year’s preparation and application process. For the class of 2021, the pandemic hit exactly when most students were planning to take their test, resulting in almost all colleges going test-optional (colleges view the scores, but not sending one in will not be a disadvantage) or test-blind (colleges that do not look at standardized test scores even if submitted) for the year. Some students were admitted into prestigious colleges with very low SAT or ACT scores because they ended up not submitting, relying on GPA and essays. This policy still continues on with most colleges for the class of 2022, and it raises some questions on whether it is even worth it to take the test or submit it. I personally made the decision to prepare for testing anyway, and since the future was still extremely blurry and unpredictable back in 2020, I decided to start testing early in case another lockdown was to occur.

Since then, I have take a total of three tests and I struggled immensely with test center cancellations. Just when I had thought preparing for the tests was stressful enough, my testing location was cancelled. I scrambled to find another location, just to have it cancelled again, and after another week of refreshing the site every few hours, I found a center only a few days before my test date. Although I had originally chosen a test center close to my house, I traveled almost two hours to get to the final destination. This issue made me wonder if there were more students around the country who went through the same problem, ending up not being able to take the test even once. If that is so, then were my three testing attempts worth it, with so many colleges still being test optional? Will admissions even rely on scores this year? Should I even submit my scores? There are so many questions and none of them can be answered. I made a decision, however to take the test because although it is said that the test optional policy has no disadvantage to those who do not submit scores, I felt that taking the tests would show some additional information and also the effort of trying.

There is another issue concerning college admissions that is currently going around, and it is that the COVID situation makes it harder to get into colleges: especially top colleges. Getting accepted into a college has always been a game of chance, but this year the pandemic has made it even trickier. From the worries that this school year would not be the same as others, many students that were accepted in the previous year delayed their entrance by taking gap years. Those amount of students already made the size of class of 2025 limited. There was also a growing interest from students abroad to elite colleges due to the national administration change, rising the competitiveness even more. Since many schools also became test optional for the first time, there were more incentives to apply, and it was not rare for students with very low SAT or ACT scores to get in instead of those with higher scores. (This was especially seen in the admission of UC schools for the 2025 cycle.) The immense number of applications that were made to these colleges and the limited space that they offered made this cycle of admissions fairly competitive compared to other years. Taking a look at the admission statistics, Darmouth’s acceptance dropped from 9.2% to 6.2%, Yale from 6.5% to 4.6%, Columbia from 6.1% to a brutal 3.7%, Boston college from a 27.1% to 23.8% and others dropped as low as 4.9%. These new statistics that differed from any of the past years makes the 2022 admissions cycle also extremely unpredictable.

During the period of quarantine extra-curriculars came to a halt, and there were calls and emails of cancellations sent to students throughout the country who were planning on summer programs in 2020. There was only so much that one could do during those months, and students were devastated after announcements of cancellations to programs that could have potentially benefited their college application. The issue with extracurricular activities still goes on today, and many schools have cancelled them for the entire year due to safety concerns from the pandemic. Fortunately, our school offered all sports that were deemed safe by the CDC from the beginning of the year, giving people the chance to keep pursuing their sports. Clubs have also started with the help of faculty and administration, and these are definitely all benefits to the students. Many colleges search for something that makes applicants different and unique from others, and these involvements even during these peculiar times may be an advantage to students. With many colleges still remaining optional for the 2026 cycle, there are predictions that the drop in acceptance rates may happen again. From the pattern of 2025 admissions, there are more negative predictions for our year than positive ones, but there is no way to actually know, so praying that this comes to our advantage is the only way to get through.

The pandemic brought on multiple issues, and online school is one of them. To some, the transition was relatively easy, but to others, online school has brought on challenges that never existed before. Being able to learn from the comfort of our homes does sound great, but it can also hinder students’ abilities to pay attention and keep up with school. The past year has already been mentally draining for many students, and with junior year being one of the most important years for college, suddenly transitioning to a new learning system came as a shock. With the combination of diminished social aspects of school, not being able to keep up with classes and the multiple distractions of staying home, online school has lead some students to a downward spiral. In an especially important period before college applications, students were forced to transition to online school through zoom, and then back to in person school after halfway through the school year. Junior year grades give colleges the best understanding of a student’s current ability, but with the pandemic, many students that used to do fairly well saw their grades plummet. A sudden change right when it is necessary to show the best of your abilities can be difficult, and for students who were not able to adapt quickly, it was a struggle.

Although this piece has primarily been about the negative effects of the pandemic, some have actually benefited from the COVID issue. The quarantine period gave many people the much needed time to gather their thoughts together on what they want to pursue in college, or what they can do at home even through the pandemic. The pandemic resulted in the entire world retreating back to their homes, with most working from their household computers. Many people have used this time to their advantage and taken online courses that are offered for high school students. Although only an assumption, most high school students would guess that colleges would like to see students who used the blank quarantine time productively. Myself and many other students I know saw this as an opportunity and registered last minute into online summer courses. Many others who did not enroll in summer classes still used their time just as wisely by preparing for standardized tests, taking the time to figure out who they are and what they will write on college essays, and focusing on their mental health during such a stressful period.