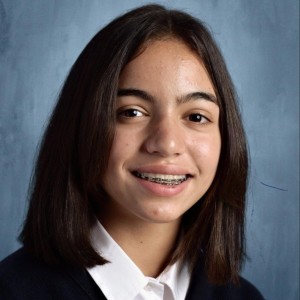 On March 12, 2022, the three Kennedy Catholic VEX Robotics Teams competed in the New York State VEX Robotics Championships. It started with an early morning, all of us up, ready, and leaving around 7am. The venue for the tournament was truly a sight, the cradle museum of aviation. After arriving at the tournament and going through security, the teams went to prepare the robots and prepare themselves for the long day we were about to have. There were 57 other teams there, each team just as much of a challenge as the other. The excitement and tension in the air was evident, as teams started planning their day. Robotics is both a game of pure robot strength, and also a game of strategy. Starting off the day well and creating good relationships with the teams was crucial to the chances of getting good allies for the elimination rounds. The three team captains, Mathew Achim (A), Bartholomew Casabona (B), and Gabriel Hidalgo (C), rallied their teams and began explaining the game plan. The day was shaping up to be one of the best tournaments yet.

In VEX Robotics there are two main aspects to every tournament: the matches and the skills. Skills is a competition in which teams run the robot, either autonomous or driver, without any other teams or opposition, just to see how many points they can get. Although it sounds easy, it’s a lot harder than one would expect. High scores in skills are extremely valuable, because they can qualify a team for States and Worlds. In matches, teams compete against one another. In these matches teams are paired with one team and play against two teams. In general the point of these matches is to score more points than the other duo.

Each year of VEX there is a different objective for the robots. In prior years it had been moving boxes to goals, but this year it was moving rings and towers and trying to balance those and the robots. There are two segments of matches, autonomous and driver. Autonomous is when the driver of the team does nothing, instead the robot runs on its own with a program that was written by the developers on the team. The goal of autonomous is to win to get the autonomous bonus. This bonus adds to the final score. The second segment is the driver portion. Here the team drivers have control of the robot. They have a controller that looks similar to one from an XBox, and they control where the robot moves, spins, and all of that. The driver doesn’t work alone though, each team has a drive team. This will typically consist of the driver and two other people who give callouts and help the team succeed in all ways. These matches will go on for a couple of hours, giving each team chances to partner with different teams and better their standings.

At the end of the placing matches, Kennedy was doing impressively well. All our teams were seated decently well, with two of our teams qualifying to be in the top 16. The top 16 get to choose who they want for their alliances. Alliances are key to success in this late game. Instead of being paired with teams at random like in the placing matches, in the elimination matches teams chose who their partner will be. The choosing of partners is one of the most stressful moments for many teams. Any team who didn’t make the top 16’s only chance to continue on in the tournament is being picked by another team. Top seeds get first choices, and it goes down the line like so. Most of our teams had already negotiated with others and made plans. Then all of a sudden, all of that was blown out of the water. Team B was offered a partnership by one of the higher seated teams, but they declined because they already had a plan. This response shocked everyone in the vicinity.

Usually teams will never decline an offer from a team that finished in a better place. Team B held strong though, they had a plan. But then, that plan was shattered in a second. The team that had offered Team B ended up getting declined multiple times before finally getting an ally… the team with whom our team B was supposed to ally. The entire plan was thrown off, and it was a very tense moment. Team B’s captain, Bart Casabona managed to think fast and make a good decision in finding a different ally team. Team A got to choose who they had wanted also. Team C was not set to make it to the elimination matches, but in another complete shock they were chosen as an ally for one of the seated teams. Just like that, Kennedy Catholic had three teams in the elimination matches for states. Having one team alone is a huge accomplishment, so it was incredibly impressive to have three.

Usually teams will never decline an offer from a team that finished in a better place. Team B held strong though, they had a plan. But then, that plan was shattered in a second. The team that had offered Team B ended up getting declined multiple times before finally getting an ally… the team with whom our team B was supposed to ally. The entire plan was thrown off, and it was a very tense moment. Team B’s captain, Bart Casabona managed to think fast and make a good decision in finding a different ally team. Team A got to choose who they had wanted also. Team C was not set to make it to the elimination matches, but in another complete shock they were chosen as an ally for one of the seated teams. Just like that, Kennedy Catholic had three teams in the elimination matches for states. Having one team alone is a huge accomplishment, so it was incredibly impressive to have three.

The stakes were high as the matches began. All our teams fought a good fight. Team C battled as hard as they could, but unfortunately got knocked out. They lost to worthy opponents, some of the best teams in the state. After Team C, Team A and Team B continued on. Times like this truly show all the time and heart these students have invested into these teams. Each team member gave their absolute all at this tournament. In the end, due to some very close matches, the Kennedy teams all got knocked out. Team A lost to the current state champions by only one point. There was a sense of disappointment in the air, but the Kennedy teams weren’t done here.

It came time to do the awards at the end of the tournament. While it is possible to qualify for worlds through both the matches and skills, it is also possible to qualify by winning a certain award. When the ceremony started, no one expected anything. Then, all of a sudden, the whole day changed. Team A, led by sophomore captain Mathew Achim, won the design award. Everyone was in complete shock. All the Kennedy teams and parents broke out cheering, the looks on all their faces was priceless. The cheering and screaming grew even louder when the teams found out that this award would qualify us to go and compete in the VEX Robotics World Championships in Dallas Texas.

One Kennedy team making it to worlds, again, just further cements what an amazing robotics program we have. We owe it all to the amazing team members who dedicate so many hours of their lives to this sport, and even more to the amazing coaches, Mr. and Mrs. Achim. Overall, that day was a rollercoaster. There were smiles, tears, cheering, and yelling. Through all the ups and downs, one thing stayed evident. Kennedy Catholic Robotics is one of the best teams in New York State, and they will certainly be a force to reckon with at worlds.

The story doesn’t end there for Team B, though. Team A had already qualified, so they were out of the picture. But with Team B still not with a bid to Worlds, they were still hoping that their performance in skills could get them a big win. It was like walking on eggshells for days, waiting in agony for any email or any sort of confirmation for what they had been wishing for. In early April, their dreams came true. Through all their hard work at skills, Kennedy Catholic’s Team B secured a spot to go to Worlds. Just like that, not only one, but two of Kennedy’s teams would get to go to compete against the top robotics teams from around the globe.

This has been just another successful year for the robotics program. These teams have worked so hard all year, and now they are finally seeing the fruits of their labor. We expect to see many more great things from them in the near future. Don’t forget to wish this Gael team good luck before they leave to Dallas to represent our school and our state! Congrats Kennedy Robotics!