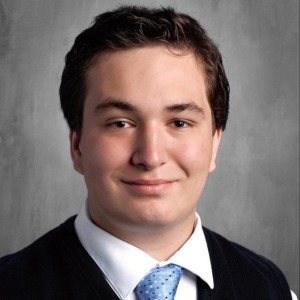 On Friday night, November 4th, the Kennedy Catholic football seniors will play in their last home game. I am part of that senior class, which means I’ve thought a long time about the implications of this day as it has slowly crept its way into the present. I’ve thought about it as someone who hasn’t played another sport. I’ve thought about it as someone who, upon completion of this day, may never play a sport again, at least not competitively, with that same child-like fervor, that beautiful energy.

The finality of this game sunk in for me this weekend, as I saw Instagram posts of old middle school friends saying goodbye to football forever. I saw collages of their senior nights lined up next to them playing as 7th and 8th graders. And for a moment I felt fear when I saw in these photos a younger me. I saw a little boy who thought he was grown with every game won, every block made, every witty line of trash talk on the line of scrimmage. I saw a little boy who, through the years, has been preserved by this game in no small part, preserved by the competition, and preserved by the friends I’ve kept since first putting pads on.

I don’t know if the child in me will wither away after this long football game is done. For some of us, it may. Maybe not in the near future, but in years to come, when the scores of every win or loss have faded from our memory. There is one kid, however, whom I know will never leave the football player within him to die. He may not be able to play this Friday due to a torn ACL, but the impact he still has on our team is resounding. The blows he took for us were incomparable, and the chants of his name by the student section were louder than for anyone else. Senior night was over a month ago, yet the cries for Dan Duryea still ring out, and for good reason. To someone watching from the bleachers, he’s been a player to remember for his undeniable toughness and his God-given ability to tackle other humans. On the field, I saw a clearer picture of an extremely intelligent player, who always knew where he needed to be, and always knew where you needed to be if you were unsure. I can’t count how many times I looked back from the defensive line and, like a young boy lost in the mall, asked “Dan, what’s the call here, Dan, what’s the call?” If this ever annoyed him, he never let it show. He never led me in the wrong direction, either.

Playing without him will be a great challenge. In the first place, I’ll be left more or less to my own devices when I’m confused on what “the call” is from the sideline, and every step I take on the football field will be slightly less assured without having that great stamp of approval from the linebacker before I take it. Secondly, and perhaps more importantly, all of us will play knowing that we deserve this goodbye to our home field less than he did. That will be tough for me, especially.

And so what are we, as a football team, going to do about these facts? Well, here’s the point of the article in which my reflection briefly turns to news. Here’s the headline: we are going to play to win for Dan, who gave all he could to our team for four years. We play to play another week because a teammate we love can’t.

After this season, when the clock runs down, and the pads are put away in the shed forever, I don’t know which parts of the child within me will stay, or for how long. But I do know this: the child in me that was livid with a ref for missing a dirty hit on my friend will live on. The child in me that cried every time I got to go home from a game on a cozy bus ride while one of my teammates was in an ambulance, that child will very much get to stick around, because that part of me has not been preserved by the clock on any scoreboard, but rather by the intense closeness I felt with the friends beside me, who won’t be going away once the winter rolls around and the fields we played on are covered with snow.

So here’s to the children inside every football senior, here’s to their immortality in the face of aging, and here’s to Danny, whom we’ll all be playing for. Here’s to you.

PowerPuff: It’s Rougher Than You Think

Junior Riley Evers and Senior Maia Forssman leave it all on the field to team up for this recap of the 2022-2023 PowderPuff game.