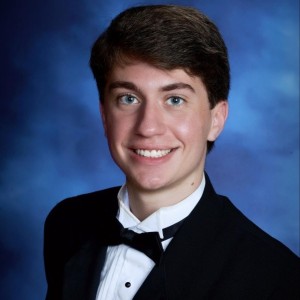 On most Saturday and Sunday mornings, John F. Kennedy Catholic High School appears dark and vacant. What lies within these hallowed walls is one of Kennedy’s most dedicated teams hard at work.

Throughout my years at Kennedy, I had known the Vex Robotics team to be a group of diligent academics who have a tremendous appetite for learning. Every Saturday and Sunday, the group meets at Kennedy from early in the morning, to late-afternoon. Vex also has competitions every month or so that last the entire day. Some matches will be in Long Island, New York, while the championship competition is often in Louisville, Kentucky.

I ventured into the belly of the beast to see for myself.

What I found was the epitome of a close-knit student community, that buzzed with such a rich passion for science and technology. The club has eleven fully dedicated members split into two teams: 97140A and 97140B. The first is led by Taran Agnihotri and Christian Achim and includes Brianna Calamis, Matthew Caracappa, and Grace Dillon. The other team is led by Frank DiMicco and includes Femi Ogundimu, Jack McInerney, Daniel Caracappa, Bart Casabona, and Gabriel Hidalgo. What the club lacks in numbers, it makes up with achievement. Under the leadership of the club’s three seniors, Taran Agnihotri, Christian Achim, and Frank DiMicco, the Vex Robotics team has placed at the top of the nation and has most recently been bestowed the Award of Excellence by New York State Vex, and the Energy Award in the Vex Robotics World Championship. Recently, I had an opportunity to interview Taran, who has involved himself with Vex since the start of his high school career, working his way up the ranks to lead the team to their most recent feats.

Below are some excerpts from our discussion.

Gael Winds: How did you first become involved in Vex?

Taran: Throughout my childhood, I have maintained a passion for robotics. When I visited Kennedy for the open house, I was immediately impressed by the Vex Robotics table. I felt a true sense of community amongst fervent learners and officially joined shortly before the first day of school.

Gael Winds: Compared to when you first started, how are you now involved in Vex?

Taran: When I first began my academic career at Kennedy, the Vex Robotics program was brand new. I was extremely involved in freshman year, building the program up to what it is today. Now, I do a little bit of everything on the team. Officially, I am a team captain, along with Christian Achim. I am the lead engineer, while Christian is the main programmer. I also am a photographer, website developer, and programmer for the team.

Gael Winds: Can you speak more to the community aspect of Vex?

Taran: We are not a community, but a family. At Vex, we see each other every weekend and spend time together outside of the classroom. We often go out to dinner and have team bonding activities.

Gael Winds: Has Vex inspired you to pursue a specific academic career or endeavor?

Taran: Up until involving myself in Vex, I had wanted to go into the field of computer science. Now having the experience of Vex, I am very interested in the fields of engineering and robotics. Vex has definitely helped me find a passion in this area. Vex has built my knowledge of programming and teamwork abilities. The leadership abilities that I have learned through Vex will most definitely prepare me for college and beyond.

The Kennedy Catholic Robotics Team is especially grateful to Mr. and Mrs. Achim.

They dedicate countless hours to the program, ordering parts, to registering the team for competitions, and even offering advice here and there. The Robotics team is truly grateful for their support and involvement.