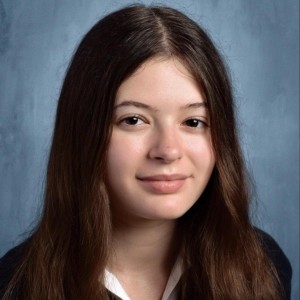 The realization that construction was over on the roof was a bit of a watershed moment (pun intended). I think we all can remember the day a few weeks ago when we realized that construction was finally over. The remaining white crates and machinery had finally disappeared from the front lawn. Most of the soggy brown ceiling tiles had been replaced. And there was officially no more loud drilling or footsteps coming from the ceiling.

Although I can’t say that we had all gotten used to the incessant banging above our heads throughout the day or the leaking ceiling tiles, the construction on the roof surely became an integral part of our daily lives at Kennedy. And it sure did provide us with some entertainment. Once my fellow classmates and I spent the entire second half of our Spanish class watching a dumpster filled with roofing material being raised onto the back of a dump truck outside our window. It was honestly one of the most entertaining things I’ve ever watched.

Speaking of Spanish class, throughout this entire year my class has been asking our teacher, Mr. Tieber, about the project’s progress. He has worked in construction for many years, so he knows quite a lot about the technical details of the new roof. I decided to ask him a few questions outside of class about this massive construction project.

Q: Where did you get all the knowledge about the roof that you dispensed to your students? How were you able to become such an insider?

A: So I learned about roofs from a few different sources. I framed houses, did electrical work, built prefabricated roofs for houses, and had worked in construction in one form or another from the time I was 12, receiving $5 an hour to clean up job sites for local builders, which was really good money back then. I am also very curious how things work and have spoken with Kennedy Catholic Maintenance, some of the roofers, and to Father, who has a plethora of knowledge about this very subject.

Q: Is the roof officially done? Or is there still more work to do?

A: It is my understanding that the roof is done, although there may be a few details that still must be completed, but we will no longer be hearing loud bangs during the day.

Q: Why exactly did the roof need fixing, and why has it taken so long to complete?

A: The roof really needed to be fixed because it was old and it was leaking. Basically, over time the sun, the cold, the freezing water, dirt, and even plant seeds work together to weaken a roof. The sun causes the roof to expand, the cold causes the roof to contract, water gets in the cracks of the roof when it expands and freezes at the moment that the roof is contracting from the cold creating larger cracks, dirt and plants seeds land in those cracks, and the plants grow roots that further expand those cracks causing leaks. Also, when this school was built the roof was built to pool water because water is a good insulator; unfortunately for the roof, water is also the universal solvent.

There are a few reasons why it took so long to fix the roof. A more philosophical argument would be that how long it took is a simple perception of time. The roof was actually done in less than a year, which was pretty quick. That being said, it was not just the roof that was fixed, it was also the HVAC systems (Heating, Ventilation, and Air Conditioning Systems) that were fixed as well, and they are massive. Also, picture going out to the football field with 6 people and digging up with a snow shovel 2 feet of tar, sheet metal, really sticky glue, dirt, etc. Now, picture while you and your 6 friends are digging, having to worry about falling through the thing that you are digging up and dying. Furthermore, imagine having to then, before you rebuild the thing that you dug up, waiting for someone else to come in and install blowers, ducts, pipes, electrical systems, wiring, etc. After all of that is done, you then have to reinstall all of the material that you just dug up. It is a massive project, and that is why it took “so long.” Honestly, I could go on forever about this.

Q: What were in those big white crates on the front lawn?

A: Those crates on the front lawn were not actually crates. They were actually 3″ thick, 4’x4′ sheets of Extruded Polystyrene, which is used as a very water resistant insulation that promotes air flow. Additionally, in relation to the last question, those sheets are three layers deep on our new, well pitched, Kennedy Catholic Preparatory School leak proof roof.

Hopefully this interview has answered some of your burning questions about the finished construction of the roof. I think I can speak for all of us when I say that I will feel a bit nostalgic and sad when looking back on this era in Kennedy’s history, even though it caused us some frustration. However, if you have a thing for construction and heavy machinery and will miss all of the action on the roof, do not fear, as I’m sure we’ll be seeing a lot of that stuff again when construction starts on the new fitness center. And if for some reason you have a thing for constant loud and annoying noises, well…we’ll be hearing a lot of that again when our new middle schoolers join us for the 2022-2023 school year.

Nicolas Savino ’23 sits down with Varsity Boys Basketball Head Coach James Loughran ahead of his first season at the helm of the program.

As you may know, we are well on the way to constructing the Sr. Janet Meehan Student Fitness Center on the south end of the two main athletic fields. We would like to keep you informed of the progress with a Monthly Update of the project. We are going to need the help of everyone to make this dream a reality. Read on to see how you can impact this important project.

In each update, we’ll discuss the status of construction, how we are doing on fund raising and any other pertinent issues.